It’s been a long time that I hadn’t heard a good story by a fire; this was why I was getting so excited during the evening. I couldn’t sit down anywhere, and this was so me. Dolkar left an hour ago because Yarlung called him to make some preparations for tonight. Feeling my incapacity to stop doing things I decided to continue doing things, like collecting more wood for the fire, walking around with Tenzin who by now was following me everywhere anyway. Tenzin is so like me in some ways… She can’t stop doing things, moving around, as if to rest a few minutes meant to lose all the time of her life. She is also eager to learn, and very sociable, although she loves her solitary moments too. Sometimes I could see her, playing alone with dead wood by the river, without her companions. When I approached, she’d flee, bouncing into the water.

“What kind of stories will be told tonight?” I thought. Being so inquisitive was also Tenzin’s specialty and I noticed that, from the beginning of our encounter. The otter was always sniffing and sneaking around people when they gathered, as if something very special was about to happen every time. But right now Tenzin and I were alone, sat by the shore of the lake, still wondering what kind of stories would be told. It’s only then, when I took a deep breath and tried to relax till the last muscle, that I realized how much the landscape was changing with the coming of spring.

In front of me, the meadows were turning light green thanks to the nourishment that the melted ice and snow in the earth gave it, and the sky was clear blue. All trees were covered in furled buds about to burst into leaves, and the poppies were out, showing their magnificent red.

“Oh, Tenzin! Did you realize? How beautiful everything is today!?” I told her. And then I thought “Of course, she can’t understand,” but Tenzin was, in one single jump, in front of me, then laid down on her back and showed me her white belly. “Maybe you can understand me after all,” I said and laughed. “Wouldn’t it be wonderful if you could really understand me?” I asked her while I stroked her belly. Then she did something unexpected. She stood on her feet and…nodded!

“Did you just nod, Tenzin?!” I couldn’t believe what I just saw.

“Having a good conversation with our friend?” Yarlung was coming from the hut, holding in his hand a basket with some items in it.

“Did you see what Tenzin just did?! She just nodded at me!” I told the old man who by now was standing near us.

“Hahaha, yes, she can look very human sometimes, can’t she?” Yarlung believed me, but I knew he didn’t believe what I just actually witnessed. “Come Ilan, Dolkar and I are ready by the fire. Let’s tell some stories,” he continued, ignoring, completely but unconsciously, what just happened between me and the otter.

“Come on, Tenzin,” I said. And the three of us walked back to the old man’s hut. “I’ve got a good story to tell you all”. But really, the good story was about to happen to me, and I was about to discover Tenzin’s secret too. 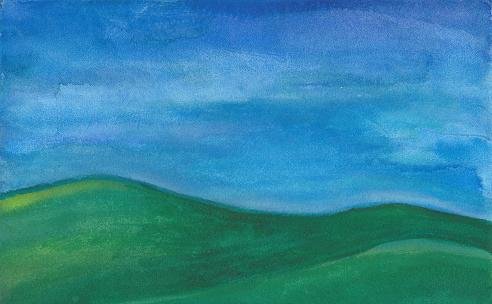 Michaela Devi Genaine, Spain michaeladevi@hotmail.com Although I am of Swiss origin, I have been living in Spain for 20 years. I moved to this country with my family when I was 9 years old, and have since then been involved with a broad spectrum of alternative projects, as well as being a pioneer of homeschooling. I am currently living in the Prades mountains near the Mediterranean Coast. I practice sustainable gardening, ecopsycology, art and psychosynthesis. I am fluent in English, Spanish and French.
View all posts by soulportrait →
This entry was posted in Past Travellers and tagged Ilan. Bookmark the permalink.

1 Response to Tenzin’s got a secret